Born in 1985 and raised in Allgäu, I began my silversmith training at the “Berufsfachschule für Glas und Schmuck” in Kaufbeuren/Neugablonz in 2004, becoming a state-qualified silversmith in 2007.

After one year of apprenticing at the Viennese Silversmith workshops in Ebreichsdorf near Vienna, my path towards founding my own silver and tool forge.

In 2009, I was able to use my parents’ farm to conduct intensive steel experiments.

I used this time to conduct extensive research and experiments. I supported the “Haus für historisches Handwerk” – House for Historical Trades – in Kempten, Allgäu. I lead courses and supported the service team at the Künstlerhaus Kempten – Artist House Kempten. During this time, I came to the realization that I needed a time of study, free of the time-consuming activity of earning money – before settling into my dream to start my own forge.

This led me to embarking on a traditional journeyman period, known and “Wanderschaft” or “Walz”. 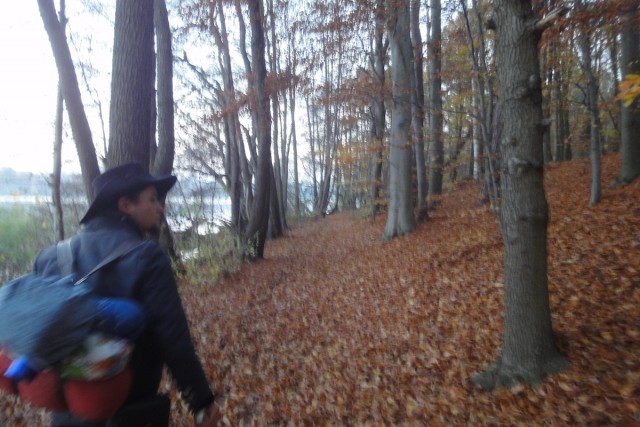 My journey travelling in the traditional “Kluft,” walking stick and hat of a journeyman, began on May 10th, 2010. The following two and a half years led me to remote areas of Germany, Denmark, Sweden and Norway. This time was used learning traditional trade methods. I owe my gratitude to countless people who supported my journey by providing work, shelter and their knowledge. I owe a special mention to:

I ended my journeyman years on December 21st, 2012. Since then, I have been working in my own workshop.